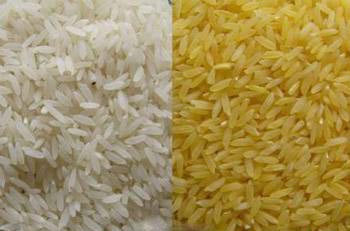 The recent â€œGolden Riceâ€ incident once again pushed food safety issues to the spotlight of public opinion. Li Jiayang, deputy minister of the Ministry of Agriculture and academician of the Chinese Academy of Sciences, recently stated that due to the harsh natural conditions in China and the continuous reduction of arable land, the use of agricultural biotechnology is inevitable in order to ensure the food supply of China's 1.6 billion people. Prof. Yang Fuyu, an academician of the Chinese Academy of Sciences, is in favor.

Li Jiayang, vice minister of the Ministry of Agriculture, deputy director of the Chinese Academy of Agricultural Sciences and academician of the Chinese Academy of Sciences, said that before and after 2030, Chinaâ€™s population will increase by more than 200 million, and the total grain demand will reach over 700 million tons, and the unit production will increase by more than 40%. . However, the rigid constraints of resources and environment, such as the frequent occurrence of natural disasters in China, poor soil conditions, and the continuous reduction of arable land caused by industrialization and urbanization, have enabled us to rely on agricultural biotechnology to ensure the food security of the next 1.6 billion people.

Shi Changxu believes that on the one hand, we must adopt a scientific approach to genetic modification, and on the other hand we should weigh the issue of genetic transformation from the strategic perspective of addressing food security.

China's high grain output for nine consecutive years relies on fewer disasters, improved varieties, increased fertilization, and strengthened field management. However, these potentials are limited, and they must rely on modern biotechnology, and genetic modification should be the most mature. China's promotion of genetically modified crops is not active, but it allows the import of genetically modified foods, resulting in a large outflow of foreign exchange. As for the issue of genetically modified crops affecting future generations, it is speculation that it is difficult to clarify. At present, GM crops need to accelerate development.

Academician Yang Fuyu of the Chinese Academy of Sciences believes that the development of agricultural biotechnology is a general trend and that it is impossible to avoid the problem of genetically modified crops. The key is to comprehensively weigh the pros and cons.

Is it a matter of food safety? The social disputes over genetically modified crops are mainly focused on their safety.

Chen Junshi, academician of the Chinese Academy of Engineering, believes that genetically modified crops are not a food safety issue. Food safety issues mainly refer to poisonous and harmful substances and harmful to human health, but genetically modified crops do not contain toxic and hazardous substances. So far, there is no scientific evidence that it has an impact on human health.

"The reason why people think that genetic modification is not safe or dare to eat is mainly because they don't understand transgene technology." Chen Junshi believes that the safety evaluation of genetically modified foods is based on science. The evaluation of genetically modified crops in China covers the Codex Alimentarius Commission. All the contents of the "Guidelines for the Evaluation of Edible Food Safety for Genetically Modified Crops" issued by the organization.

"So far no GM food has been found to cause any acute, sub-acute or chronic hazards to human health," said Chen Junshi.

Fan Yunliu, an academician of the Chinese Academy of Engineering, believes that genetically modified breeding technology itself is an extension, development, and new breakthrough in conventional technology. Transgenic technology breaks the natural hybridization barrier between different species, expanding the range of available genes. The long-term effects of GM food safety have been practiced. For example, in the U.S. market, including baby food, there are more than 3,000 kinds of genetically modified foods, 200 million people are eating foods, and genetically processed foods have been eaten for 16 years. This is an unprecedented large-scale human experiment. At present, there is no case of genetically modified safety. ACCIDENT.

Zheng Zhemin, an academician of the two academies, believes that the key lies in the establishment of strict systemic supervision. The scientific community has the responsibility to build this system. There are strict operating procedures, inspections, and controls in order to make people feel comfortable eating.

Zhao Wenjin, an academician of the Chinese Academy of Engineering, believes that agricultural biotechnology should be developed, but food problems still need to be cautious, especially for food safety issues.

Industrial development should speed up Huang Daxuan, former director of the Institute of Biotechnology of the Chinese Academy of Agricultural Sciences, believes that in addition to agriculture, the fields of medicine, bio-manufacturing, and life sciences are also conducting research on genetic transformation. If the understanding of genetic modification is unclear, it will affect the development of the entire biological industry.

Huang Dazhao believes that the development of global agricultural biological breeding and industrialization has entered a period of strategic opportunities. China has carried out more than 20 years of research on genetically modified technologies and has independent intellectual property rights and core technologies for important genes. China has formed advantages and features in the research of transgenic applications such as cotton, rice, and corn.

However, the prospects for the industry of transgenic crops in China are not optimistic. For example, more than ten years after the successful development of insect-resistant cotton, China's transgenic breeding has again faced fierce competition and tremendous pressure from multinational companies. Foreign companies have been relying on technological and economic advantages in an attempt to control China's crop and seed market. Imports of genetically modified soybeans have been growing rapidly. Imports of genetically modified corn have gradually increased. However, the development of genetically modified crops in China does not make sense.

Huang Dazhao suggested that China should actively promote the industrialization of research results. For example, corn is the important pillar of the current seed industry and the commanding point of cutting-edge technology, and its genetic transformation can serve as a breakthrough for the recent industrialization. Second, we should treat disputes correctly and strengthen the scientific spread of genetic transformation.

Zhu Xi, a researcher at the Institute of Genetics and Developmental Biology of the Chinese Academy of Sciences, introduced that in 2011, the area of â€‹â€‹global transgenic crops reached 160 million hectares. In 2011, 29 countries officially approved the commercial cultivation of genetically modified crops. There are 10 countries with more than one million hectares, and the cumulative cultivated area from 1996 to 2011 was over 1.25 billion hectares. The GM crops are mainly consumed in the countries where they are located.

1, Without a key, go zero burden, unlike ordinary padlock as the need to use a lot of keys are with you.

2, the operation is simple, the lock time is relatively short, high safety factor.

3, stylish appearance, strong and reliable, the lock surface can be customized guests like any color and pattern, moderate prices, not only practical but also for promotional gifts. 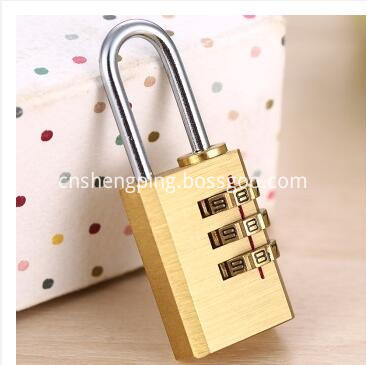 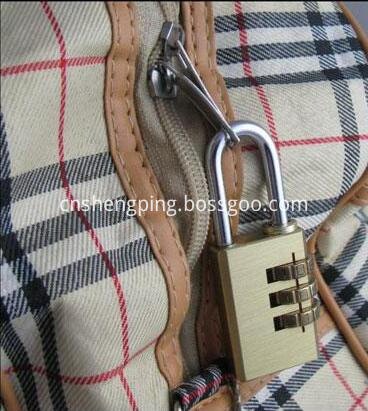 Next Article
What feeds can't feed when animals and poultry are treating diseases?
Prev Article
Investigation and Analysis of Falling Price of Chinese Medicinal Materials in the Fourth Quarter of 2011
Home
Recent Posts
Archives
tags